Well this was a first.

E2 went to bed around 7 pm and began waking up around 9:30 pm. In the beginning it was a few whines then the "Mommy" calls began. Up and down the stairs I went as she called for me "Mommy!" E2 said her tummy hurt and in my 1970s parenting handbook (things I learned from my mom) I told her to sit on the potty. FOUR TIMES we danced this dance.
10:30 pm - E2 still has a stomach ache, still is whining, and still is calling "Mommy."

*A little side note, after the sun goes down E2 will not go near the hubs. If you want to see what defcon 1 looks like, send him into her room in the middle of the night.

Up the stairs I go again and in a stern voice tell her "You're going to poop. Period. Just Do It." For some reason that Nike slogan works on my kids...always. "Just Do It." It works for putting on shoes, eating vegetables, brushing teeth, getting dressed, and now pooping. Maybe Nike should redo their commercials.

So here I sit in the dark via nightlight so E2 could take a shit. Another tidbit, E2 does not like to poop alone. Lucky me. 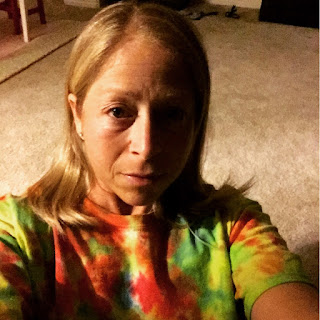 10 minutes later, poop success and she is fully asleep.