Today was a busy day. We had family pictures scheduled tonight and I needed the girls to be exhausted so they would nap and be cooperative for the photographer. The best laid plans....

At 8:30 this morning we were at the park, meeting some friends. I love meeting another family at the park - the kids play and the moms talk. It is a SAHM play date under the facade of something fun for the children. Mom friend and I had a wonderful discussion and the girls played until they were tired, hot, and sweaty. 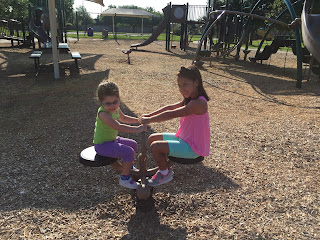 After the park, we headed to the grocery store for a few remaining items we needed for making our own pizzas. E2 does not eat pizza, but wanted to make one for Daddy. After asking random people the location of yeast and learning there is a difference between flour and bread flour, we were set to go.

I did not think this project through. After you make the dough, it has to rise. DAMN IT. We were supposed to eat the pizzas for lunch, then nap, then get ready for pics....my OCD was not happy. E1 and and I made the dough while she paused Dora. E2 didn't want to touch the dough and was pissed Dora was paused. (Btw, E1 can read and records TV shows she likes. I HATE DORA. SHE IS ANNOYING. SHE WILL ACCIDENTALLY GET DELETED WHILE E1 & E2 SLEEP) Now, as my dough is rising - thank you to my friend that explained where to place my bowl of dough - the girls are eating!!! E1 is having an apple and E2 is eating PB&J and peaches....I guess we aren't having pizza for lunch.

The dough has risen! E2 is now excited to participate. Both girls had so much fun rolling out the dough, adding sauce, cheese, toppings, etc. E1 thought this was the "best pizza" she has ever had.  The pizza was a late lunch/early snack. 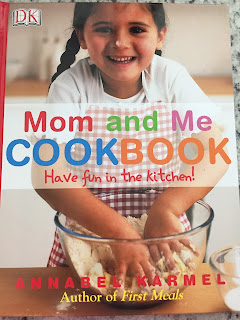 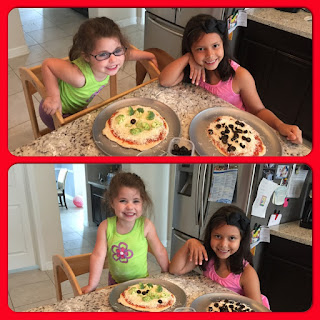 Nap time!! E1 falls asleep - she is my sleeper, always has been. E2 laid in bed singing, talking, counting, crawling, rolling, whistling, playing for TWO hours. This is very typical.  We got ready, ate a small dinner, and headed out for pics. The girls were great and the photographer was amazing. We had froyo afterward and then headed home....for bed!
Posted by Tomboys in Tiaras at 9:48 PM