Summer is in full swing! School ended, we said goodbye to kindergarten and third grade, and started summer with a bang. The girls and I took a road trip, we went our annual family cruise, and just this past weekend, the hubs and I went out of town, just the two of us.
(He had business, I had free time 😊)

During my free time, I had the pleasure of having brunch with my friend and her son. But it wasn't just any friend and he isn't just any child. This little boy is Pandora's biological sibling, her brother. His mom and I became Facebook friends shortly after his adoption and have had wonderful conversations and enjoyed many laughs over the phone. Our relationship was strictly via technology until recently. I had dinner with my friend last month when she was in my hometown and now I got to have brunch with her and her son in their hometown.

But meeting him in person, this made me think about it again. Meeting a child that is your child's genetic sibling that your own child and her sibling have no idea about is pretty intense. It is a wild ride of emotions and like every 41 year old Jewish woman, I have many emotions.

Morning came and my friend and her son picked me up at the hotel and as I knew, he was the cutest little boy! And like any other five year old meeting a stranger, he did not talk to me. This made me laugh. Didn't he realize it was a big deal we were meeting? Nope. He is a kid and his mom made him have a brunch with some loud blonde lady. He had no idea our relationship and that is the way it was supposed to be.

As he walked, talked, whined, played, cried, ate, laughed, and carried on like a typical five year old boy there were many instances when I felt like I was looking into a mirror. I could see Pandora in him. I could see myself in my friend. I could see what we shared. Meeting him proved to be a strong case for nature. He and E2 share struggles. They also share a smile that could melt anyone's heart.

But I was caught off guard by the case for nurture more. Yes, he and Pandora share so much genetically, but what makes them cry, laugh, smile is totally different. While I loved hearing him laugh, it was not me that brought the happiness out - it was his mom. When he cried, I could not soothe him - it was his mom he needed. His favorite show, what he likes to eat, his mannerisms when he speaks: all resemble his mom. His favorite toy, his hopes and fears, what makes him unique - that I do not know. His mom does. He is her child through and through.  Just as I know Penelope and Pandora from head to toe, inside and outside, she knows him. Her son. Her family. Her child.

Experiencing this was a true blessing. He and I bonded over Snap Chat and making silly pictures together. His favorite - the dog so we could stick out our tongues at one another. I received a great big hug from him when we said good bye and knew, yet again, all was as it should be. He waved bye, holding his mom's hand and walked off proving a five year old boy has a better sense of direction than I ever will.

As I told a friend today, meeting him was like meeting any other friend's child.  The circumstances between us are extremely rare, but there was not an ounce of regret, anxiety, sadness. All I felt was a genuine joy in meeting a special little boy that made my friend a mom. A joy that can only be felt by a true friend. A joy that comes from being more than friends. A joy between "framily." 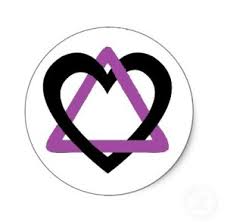 Posted by Tomboys in Tiaras at 6:12 PM