I hate eleven. There, I said it. I am coming clean, I fucking hate eleven. Please send back ten, ten was the holy grail. And before you want to comment with just wait, read that blog post. 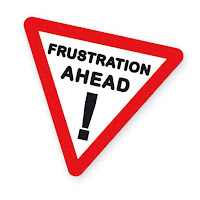 I realized last night while I was breathing through another damn episode of The Young and Hormonal that eleven is just like four. Eleven is completely verbal but has the emotional control of a caged animal.

Lucky for me, my eleven holds it together at school and in public. To the outside, my eleven has it all together. And for the most part, she does. But holy hell when eleven gets going, I am no longer running for shelter - I am digging in my heels and becoming the shelter to protect even her from this storm.

Eleven procrastinates, which is nothing new, but this go around eleven cries when she realizes the errors of her way. After the tears flow, we get back talk, frustration, and if eleven is feeling really giving - I also win a tantrum. Eleven is super fun.

Eleven's life is UNFAIR. With no phone, limited screen time, a bed time, and for fuck's sake being forced to shower - eleven's life is apparently really shitty. Sign me up for the worst mom award because I don't want to see dandruff and greasy hair. I sure hope twelve wants to be clean because eleven smells.

Eleven's body is changing and bringing that subject up causes eleven to walk away and again start fucking crying! I am living my own damn nightmare as I watch myself grow up in my daughter. Remind me again why it was important to teach feelings? Eleven has ALL THE FUCKING FEELINGS ALL THE FUCKING TIME!!

Eleven exaggerates. Emptying the dishwasher is a form of slavery, school is child abuse because it is so boring and she is forced to sit all day, and laundry not being done is neglect. If she doesn't become a veterinarian, I'm positive she will be an attorney for the neglected, abused, enslaved children of upper middle class families.

Eleven wants responsibility. Eleven wants to be treated like a mini adult until eleven realizes adulting sucks and requires effort. Then eleven doesn't mind what I made for dinner or when her clothes gets cleaned.

Eleven needs no help on school projects until her piece of shit, old, iPad that her spoiled ass has doesn't work and she NEEDS my computer. Funny how that piece of crap iPad works when I use it. Maybe if she wasn't banging on it like a damn toddler out of frustration it would give her the information she needs.

Eleven wants to have these sweet heart to heart conversations that eventually end with her rolling her eyes and telling us we are old and know nothing. Quality time is overrated.

Eleven wants special privileges, which she gets. Unfortunately, eleven then gets mad that the eight year old is not held to the same standard. "She is eight, you are eleven" is uttered way too many times in this house.

Eleven hates making her own lunch, but complains about what I pack.
Eleven cries a lot.
Eleven has girl drama.
Eleven is navigating social situations.
Eleven wants things her way and has a "reason" for each and every want.
Eleven wants to win at everything she does, but does not want to put forth the effort required of winners.
Eleven wants independence until eleven realizes she needs her mom.
Eleven is happy, sad, mad, amazing, and insane all in one hour.
Eleven has to be reminded to use her words because eye rolls and sighs and grunts are not appropriate forms of communication.
Eleven is too cool for many things.

Eleven must be fed frequently in an effort to not have a low blood sugar attack collide with a hormonal swing. When that happens, I am pretty sure the neighbors think a wild coyote is being slaughtered in my home.

It is December. Twelve will be here in August. I am going to just pretend it will be better. If not, I will continue to be the terrible mother that sets boundaries, has rules, and gives hugs and kisses when allowed.

Posted by Tomboys in Tiaras at 2:58 PM